LEARN MORE ABOUT US
GET STARTED 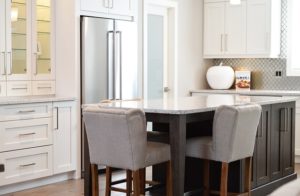 The Squirrel Hill neighborhoods are commonly lumped as one; together, the two areas are home to a number of local institutions, including the Children's Institute of Pittsburgh and the Carnegie Library of Pittsburgh. Schenley Park also partially sits within the neighborhood; this 465-acre urban park contains numerous recreation spots, including hiking trails, a public swimming pool, and an 18-hole golf course. The 600-acre Frick Park also borders Squirrel Hill.

One of Squirrel Hill's more notable characteristics is the presence of a large Jewish community. Most of Pittsburgh's Jewish cultural destinations sit in Squirrel Hill, including temples, community centers, and religious retailers.

Working with GPRES in Squirrel Hill

Do you own a rental in Squirrel Hill? Are you considering purchasing properties in the area? Working with a professional property manager can help you obtain higher profits and ensure your home stays in great shape. While many management teams try to woo you with big promises, at GPRES we believe our track record speaks for itself.

We've helped countless property owners across Greater Pittsburgh to get unbeatable results for their rental homes. From property marketing to tenant screening, repair coordination, and emergency responses, we do it all.

Don't let your home sit vacant on the market. Our team uses aggressive, technology-driven marketing techniques to get your vacancy in front of as many potential tenants as possible.

At GPRES, we understand that the right tenant makes or breaks your success. We carefully screen every application, ensuring we only place highly qualified renters in your home.

Get your earnings in on time each month. Our accounting team sends out monthly bills, processes incoming funds, and deposits earnings in your account. It's never been easier to get paid.

Tired of wasting your weekend hours tinkering inside your rental home? Let us keep your property in great shape. We coordinate all repairs & make certain your home stays looking its best.

We schedule regular visits for every property in our portfolio. These inspections give us a close look at what's happening behind closed doors, keeping you & your investment protected.

Crunch the numbers on your property at any time; we generate monthly financial reports and put everything in your account portal. Simply sign in to get the latest details on your performance.

When a bad situation pops up, it's important to take the necessary steps to legally protect your interests. If an eviction ever becomes necessary, our experts will guide you through the process.

Are you paying close attention to the ordinances, regulations, and federal laws that impact your home? Don't find yourself with a problem on your hands—let our team keep you compliant.

Learn what makes our team the best

01. Healthy Communication is Our Priority

We feel fortunate to partner with great property owners across Southwestern Pennsylvania and we firmly believe every successful client relationship is built on a foundation of ongoing communication. We're always happy to take your call & we do our best to keep you in the loop.

02. We Harness the Power of Technology

We've done our utmost to streamline our operations with powerful technology tools. From digital vacancy listings to online account portals, we've brought property management into the 21st century. It's easier than ever to interact with our team and monitor your portfolio's performance.

03. Nobody Beats Our Customer Service

At GPRES, we take a simple approach to customer service; in short, we aim to provide the best possible experience for commercial & residential property owners. Our friendly staff is always happy to field questions & provide support. Experience the difference for yourself: give us a call & chat with one of our team members.

04. We Never Sacrifice Our Integrity

Property managers often get a bad rap for putting the mighty dollar ahead of all else. Frankly, we're not interested in turning a profit at your expense. We appreciate your business and reward your loyalty with honesty. We don't try to pull the wool over your eyes and we won't bilk you with hidden fees. That's our promise.

What Others Are Saying

Hear from our Clients

GPRES has been great to work with, their team is responsive and delivers on promises. I couldn't ask for a better working partnership than Regis and his team."

GPRES manages several of my properties and does a tremendous job removing all the worries and hassles associated with rental property ownership. I highly recommend this organization."

Get a Free Rental Analysis

• Explore simple ways to boost your earnings.
• Figure out the rental value of your property.
• Learn how we can help you meet your financial goals.

We know the Steel City. We know real estate.

If you own residential or commercial rentals in Greater Pittsburgh, you've likely experienced the challenges of property management firsthand. From locating a highly qualified tenant to responding to repair requests, keeping a rental property performing optimally is no small feat. Working with a professional property manager will help you obtain sustainable results without spending every waking hour babysitting your investment.

At GPRES Property Management, our goal is simple: provide the best property management in Pittsburgh. Our team of experienced industry experts is familiar with the unique challenges of our real estate market, and we use that insight to equip our clients for success. We pay close attention to the trends impacting current prices, and we continually make suggestions for improving performance. Learn how we can help you today.